Since 2013, Vulcan facilities have hosted 32 TV/Film productions and the big names keep rolling in. 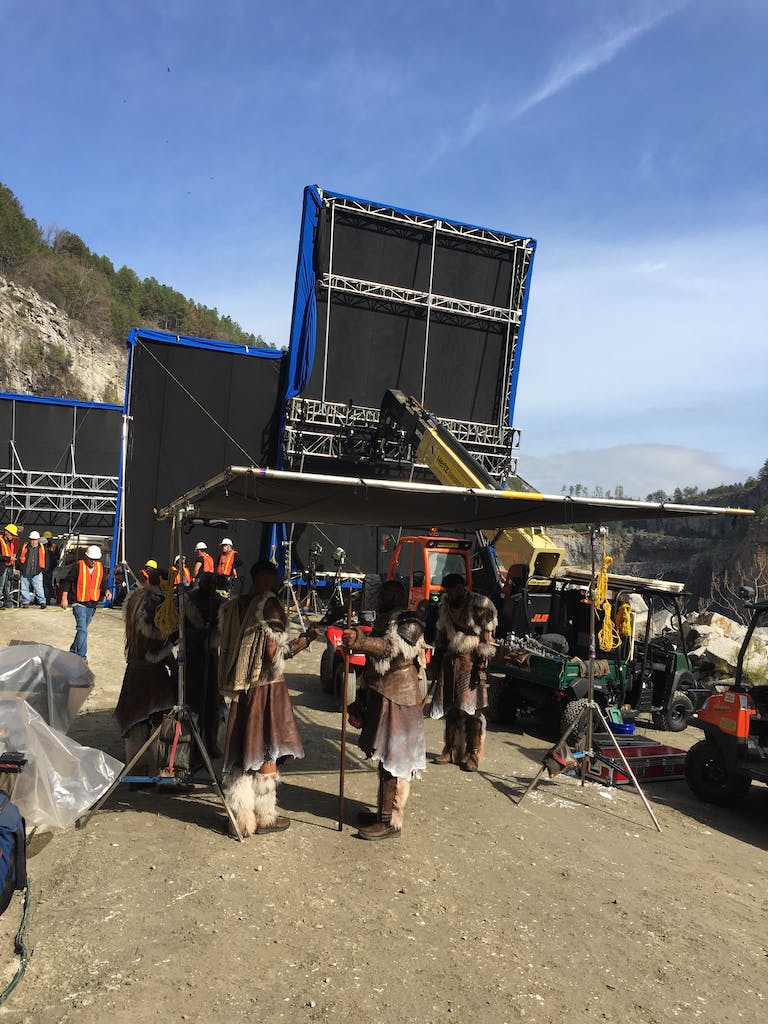 Cast members of Marvel’s Black Panther take a break between scenes at Vulcan’s Stockbridge Quarry. The quarry was turned into the fictional country Wakanda for the film.

Vulcan’s Stockbridge Quarry in Atlanta, Georgia has been aptly named ‘Vulcan Hollywood South.’ In 2013, Stockbridge had their first big movie shoot with Fast and Furious 7. Major motion pictures followed such as The Divergent Series: Allegiant and Marvel’s Black Panther which recently won Outstanding Performance by a Cast in a Motion Picture at the 25th Screen Actors Guild Awards.

Actress Shailene Woodley (right) at the Stockbridge Quarry as she filmed in the third and final movie of the wildly popular Divergent series – Allegiant.

Some of the most notable names in Hollywood have been in films shot at Vulcan facilities. In 2018, Ryan Gosling portrayed Neil Armstrong and the mission to land a man on the moon in Universal’s First Man, shot at Stockbridge Quarry. In 2014, Ed Helms and Christina Applegate filmed Vacation, a reboot of the National Lampoon film series starring Chevy Chase, at Stockbridge Quarry. Dwayne Johnson shot the action-adventure Rampage at Vulcan’s Macon Quarry in 2016.

Stockbridge Quarry was transformed into the site of the moon landing for Universal’s First Man (left) and a colorful set for Warner Brothers/New Line Cinema’s Vacation.

Debuting in 2019 is the highly anticipated Doom Patrol coming to the DC Universe streaming service. Based on the DC Comics superhero team, the live-action TV series was also filmed at the Stockbridge Quarry in October 2018.

The weirdest team in all of comics is getting a live-action TV series, and it was filmed at Stockbridge Quarry. The Doom Patrol team is made up of big Hollywood names such as Matt Bomer and Brendan Fraser.

In 2013, Transformers 4 was filmed at McCook Quarry in Illinois. McCook Quarry most recently hosted a Chicago Med/Chicago Fire crossover production that features a helicopter crash and a rescue.

Filming projects at Vulcan facilities are not only engaging for employees but can generate alternative revenue. In the case of Chicago Med/Chicago Fire, Vulcan donated proceeds to Folds of Honor, which provides educational scholarships to spouses and children of America’s fallen and disabled service-members.